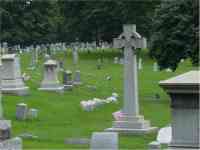 Mark 5:18 And when he was come into the ship, he that had been possessed with the devil prayed him that he might be with him.

This morning, part of my Bible reading was from Mark chapter five. It’s the story of the maniac of Gadara. He was possessed with a legion of demons. He lived in the tombs, naked. Chains could not hold him. He cried and he cut himself. His life was…well, he really had no life. The demons took everything this man had.

But then, he met Jesus.

Jesus healed him. Jesus gave him a life again. When he was clothed and his right mind, he desired to go with the man who healed him. He wanted to be with Jesus. Mark 5:18 says he “prayed him that he might be with him.” Jesus told him to go and tell his friends and family what had happened to him.

I want to be with Jesus, too. He healed me of my sin, He gave me a life. Since I can’t actually go and find Jesus here on Earth and physically be with Him, I desire to be like Him. Yes, I have a long way to go, and I’ll never achieve perfection. But I wanna keep trying.