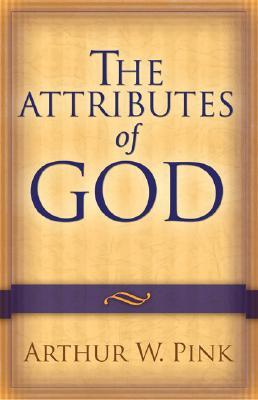 I read The Attributes of God by A.W. Pink in 2015 and published a review about this excellent little book. It is written in seventeen chapters, or articles, which are succinct and easy to follow. Mr. Pink, as Dr. R.C. Sproul, has a gift for explaining deep theological concepts in simple ways. I am thankful for teachers like these, for I am no Bible scholar! It is a blessing to be able to understand the Word of God without a MDiv degree.

Four weeks ago, my Sunday school class began going through this book one chapter a week for our lesson material. I have enjoyed re-reading the book as we go and I am gleaning even more out of it the second time around. It’s also a blessing to have our teacher, Bro. Steve Fair, outline each chapter and discuss it in more detail.

This week, I was blessed by the chapter on the foreknowledge of God. It is plain in Scripture that God has “foreknowledge”, but the proper teaching of His foreknowledge critical and sadly found wanting in many churches.

Mr. Pink says, “When the solemn and blessed subject of Divine foreordination is expounded, when God’s eternal choice of certain ones to be conformed to the image of His Son is set forth, the Enemy sends along some man to argue that election is based upon the foreknowledge of God, and this “foreknowledge” is interpreted to mean that God foresaw certain ones would be more pliable than others, that they would respond more readily to the strivings of the Spirit, and that because God knew they would believe, He accordingly, predestinated them unto salvation. But such a statement is radically wrong. It repudiates the truth of total depravity, for it argues that there is something good in some men.” (p. 28) [Romans 3 clearly shows us that there is nothing good in mankind.]

“If it were true that God had elected certain ones to be saved because in due time they would believe, then that would make believing a meritorious act, and in that event, the saved sinner would have ground for “boasting” which Scripture emphatically denies: Ephesians 2:9″ (p. 33)

This describes the exact thing I was taught about foreknowledge. This teaching goes against grace (which I was taught was “unmerited favor”) in every way! How can Baptist preachers not see the error of this? By teaching that God saw some good in us, we create a god in our own image: a god who is a respecter of persons, who judges us based on merit. If it is merit, it is not grace. We human beings judge others based on merit, but God never does.

Mr. Pink says again: “It is not what he did foreknow, but whom he did. It is not the surrendering of their wills, nor the believing of their hearts, but persons themselves that are here in view.” (p.31)

I am often accused of twisting scripture. This is troubling because I want to be careful in my understanding of the Bible – it’s all I have for survival in this world! Yet, it is the very people accusing me of mutilating God’s Word who are guilty of it themselves. They have let their own preconceived idea of God become superimposed over the Word of God, thus causing them to see it through a false lens.  Nowhere in the Bible does God say He foreknew the actions of a person. It clearly states He knew people. (See the highlighted pronouns above – all refer to people, not behavior or actions.) To state otherwise is to, quite literally, twist scripture.

On a side note, the Bible also never says that God hates the sin but loves the sinner. He will not cast sins into Hell, but people. And if that thought doesn’t motivate you to go out and proclaim the Gospel, nothing will.

I do not know why it’s so hard for professing Christians to place God upon the throne and let Him reign and rule.

Whether you believe it or not, God is ruling right now. One day you will see Him face to face, and no excuse will save you.

4 thoughts on “The Foreknowledge of God”