Soccer is already over for our family. It was a short season because the games were cancelled twice for rain. Lauren and Mitchell will both have to miss their final games because we’ll be out of town that day. It’s been a bummer. Terry’s had a blast coaching the u15 kids. He and Mitchell even went over to the field yesterday and mowed it in preparation for the big game. (Our city has failed to mow the field the entire six weeks of our season!) It was a huge disappointment to have to cancel, but we are thankful for the rain and the cooler temperatures that come with the rain.

I usually snap photos of each child while they are playing their “tournament” game. I wish now that I’d taken some during their regular practices. I was only able to get photos of the U10 game. I pulled out my zoom lens and took a few photos for our family. To all of you non-relatives: thanks for indulging me. 🙂

Here’s a group shot of my soccer players! Leslie didn’t get her jersey until later in the day.

Leslie was on the blue team, Laci was on the red team. I knew I’d have one sad player and one happy one at the end of the day. It would be  a good time to teach good sportsmanship and thoughtfulness, which is more important than winning or being a great athlete. 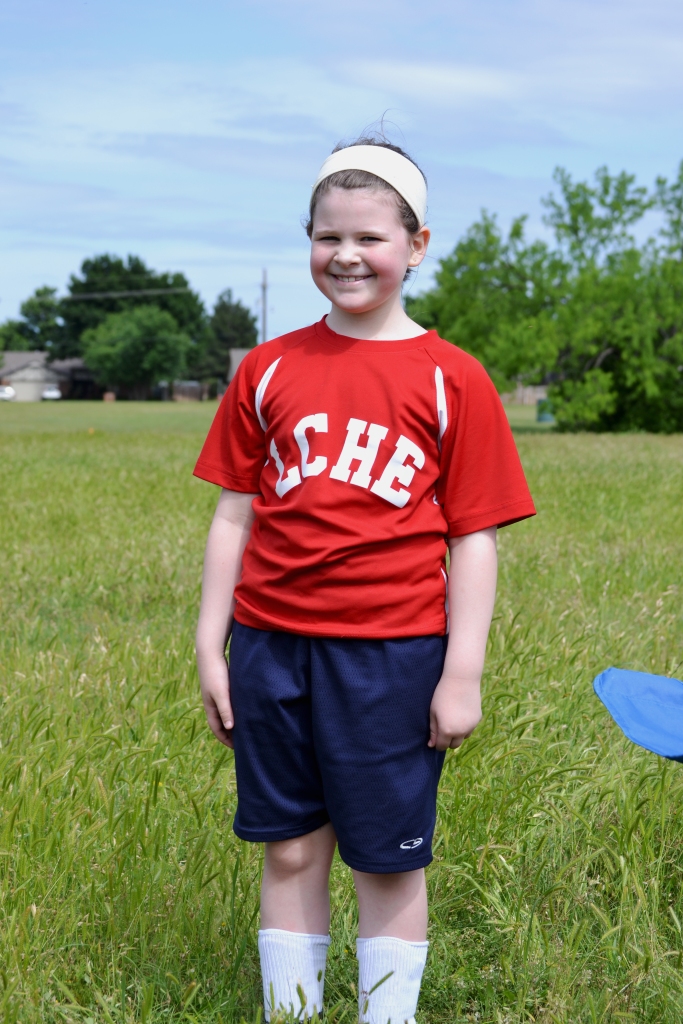 The extremely tall grass, which had gone to seed, made the game quite frustrating. Sometimes it was more like “hide and seek for the ball” than “soccer”. Both teams worked hard and did their best despite this difficulty.

Sister against sister. . . but still friends.

Laci’s team won, but I never heard her brag; Leslie never once pouted or whined about losing. I am thankful that there was no drama for this Mama.

Maybe the weather will be better for the fall season?

Well, we can hope!