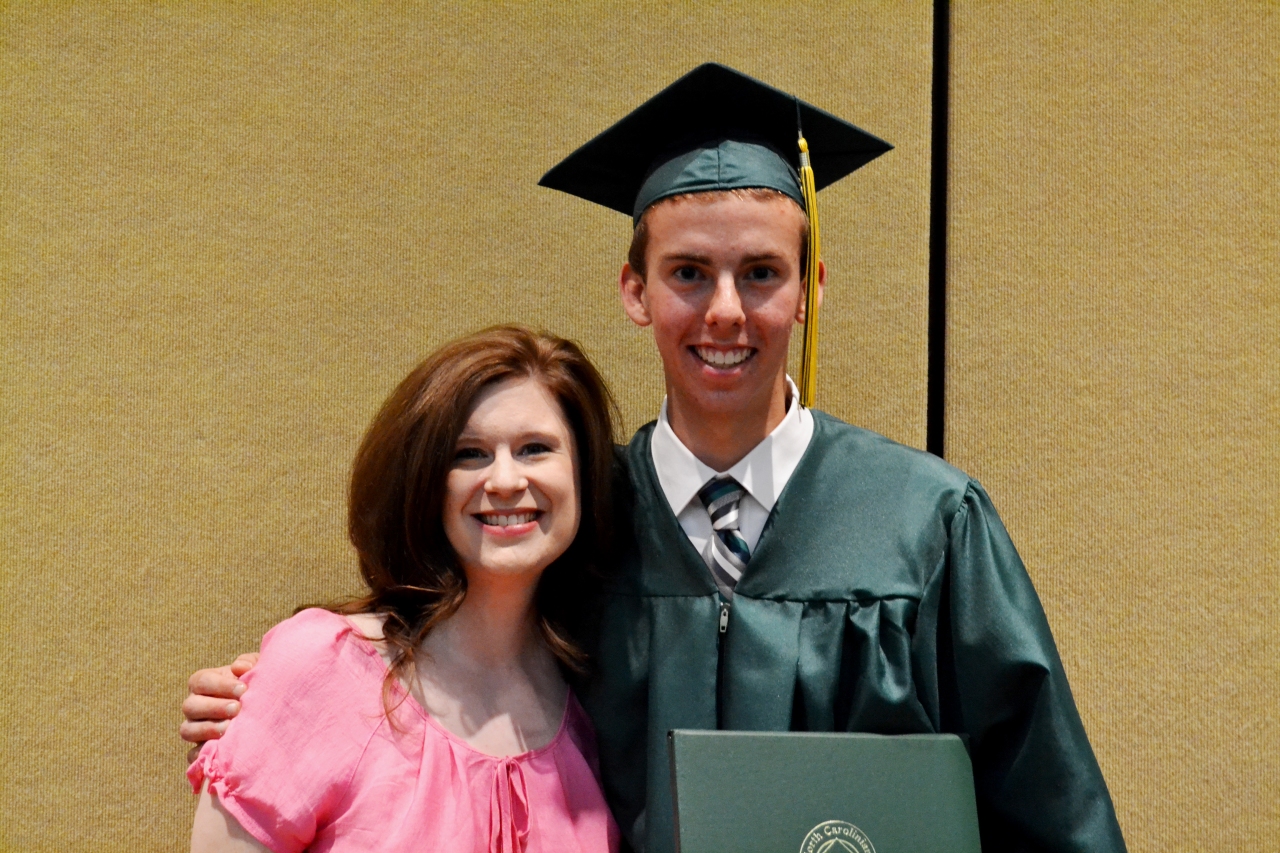 We returned last week from a wonderful vacation visiting our families. Terry and I were both able to see most of our family on our two-week-long journey. We began by heading east, to North Carolina, to see my sister’s oldest son graduate high school. Even though Melanie and I have always lived hundreds (and now over a thousand) miles from each other, we are very close. I am so thankful for telephones, email and Face time! It’s been a great way to keep in touch. I can remember when she began homeschooling her first son thirteen years ago. I had a three year old girl who I was hoping to homeschool, so I was watching Melanie’s every move. We discussed the books she was buying to teach him Kindergarten, and every subject every year after that. I can still recall standing in my kitchen in Topeka, Kansas, phone on my shoulder, paging through the Abeka homeschool catalog long distance. Two years later, I embarked down that same path. It was exciting to be there when Melanie finished what she began over a decade ago. David Allen graduated with his homeschool group on May 23, 2015, and will enter Pensacola Christian College in the fall, majoring in Sports Management.

I have to tell you that I got a lump in my throat when I realized how much of my nephews lives I’ve missed out on due to the distance. We have kept in touch, yes, but, it’s not the same as being there. I don’t know their friends, their church leaders, their favorite candy or ice cream…little things like that. I can’t dwell on it too long or I become very melancholy.

Well, on to something happy! It was a wonderful graduation! After we saw him “walk the plank into adulthood”, as Terry put it, we all ate at Golden Corral. This, for the kids, was the highlight of the evening. 😉 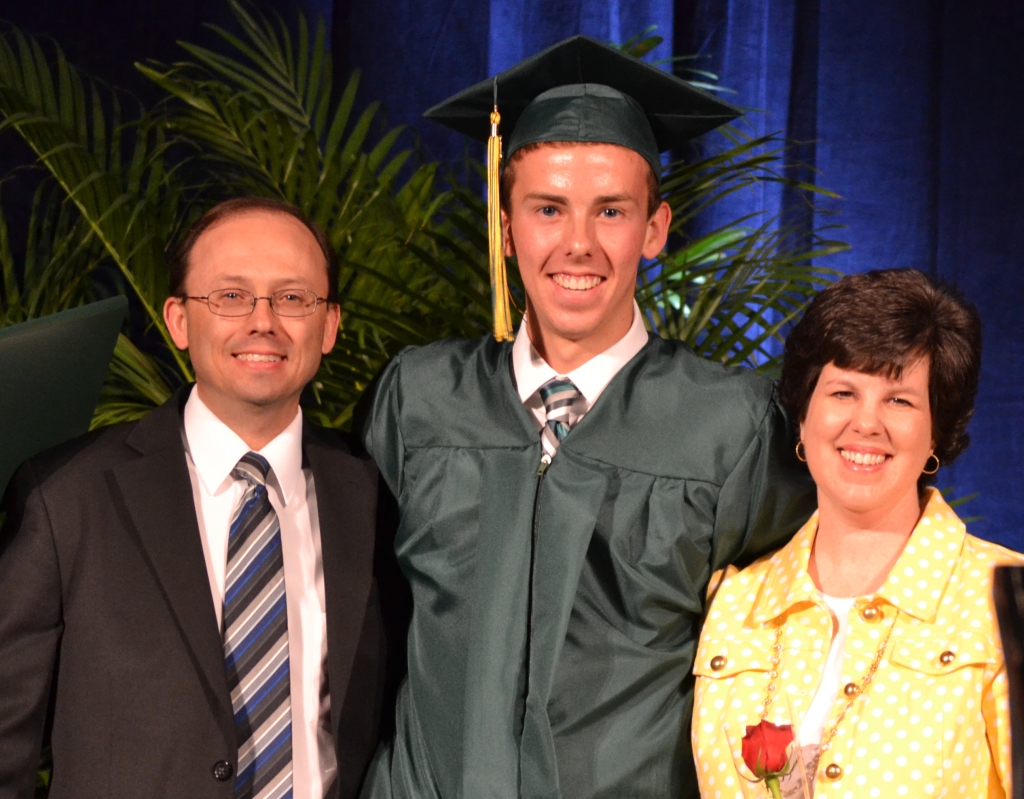 I found out the day of the graduation that I was the “official” photographer for David Allen. This is one of the photos I took while he was on the stage receiving his diploma from his parents. I’m not a professional, but thankfully, these people were easy to please. *phew*

The family who holds my heart so far away. L-R: Walter, David Allen, Melanie, Andrew and Stephen.

Here is the “Courtney” side of the family. My mother and Aunt Kathleen (far right, beside Mitchell) flew in from Arkansas to be there. I appreciate Terry taking this photo for me. I look at these smiling faces and I can’t help but miss my dad. I know he is proud of his daughter and son-in-law and the job they are doing with their family. They have put Christ first and tried to raise their family for Lord. But oh, how I wish he could have been there! I also love the way Laci is holding Melanie’s hand. Laci wants to be just like Aunt Melanie. I want her to be, too.

It was great to have some of Walter’s family there. L-R: Diane & Bobby Pledger, Walter, David Allen, Tammie McKenzie, Stephen, Melanie and Andrew. Walter’s dad is in bad health right now so his parents couldn’t be there. They, too, were missed.

I was so excited to be there! I appreciate my wonderful husband driving so many miles, spending so many dollars and enduring so much fatigue to get us safely there and back. I do not take this gift of his time and energy lightly. He loves my family as much as I do. I am blessed.

But then, ten years wouldn’t be long enough either.

6 thoughts on “The Graduation”