Yep, it’s December. And yep, I’m just now getting these photos of our fall soccer season posted for our family and friends who were interested. I cannot begin to describe how busy my life has been since we moved…and I just realized that I’ve written that phrase more than a few times here lately. Sorry for being so redundant. Perhaps I can explain…

Terry is absolutely loving the ministry work here at Bethel Baptist Church. They had an extensive printing ministry, which, long ago, included the publication of a paper called The Watchman. Terry is privileged to be able to continue the printing ministry for its founder, the late Dr. Forrest Keener. This involves re-starting the paper by writing many articles and filling tract orders for people across the nation and beyond. The church runs the Bible Institute of Correspondence (BIC), which helps to educate both preachers and laymen alike. We are doing a renovation of our building, also! We just completed phase one…only three more to go! As you can see, my husband works all hours of the night and day with these ministries as well as sermon preparation, counseling and outreach efforts. Because we no longer live on the church property (hallelujah), we see him less than ever before. This has made my days a bit longer, but I’m not complaining! I love my job as a wife and mother, however, this new work schedule has required a lot of adjustment on my part. This means my hobbies have fallen to the bottom of the list and often get ignored. I apologize for being so behind, and I humbly thank you for reading. 🙂

Now for those of you who were wondering about soccer (my mother), here are the photos of the other kids’ games. You can view pictures of Laci playing her soccer game HERE.

We got to sit pretty close to the action! Here’s Leslie doing some footwork.

Mitchell got to play several different positions in his game. He did goalie and defender the most. 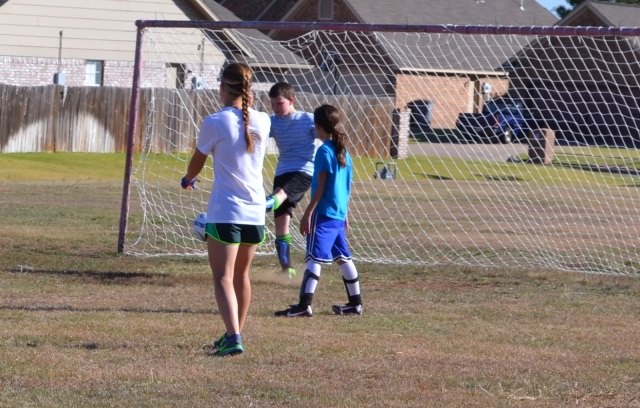 The ref is blocking the ball, but he just kicked it!

Running…can you see the ball? 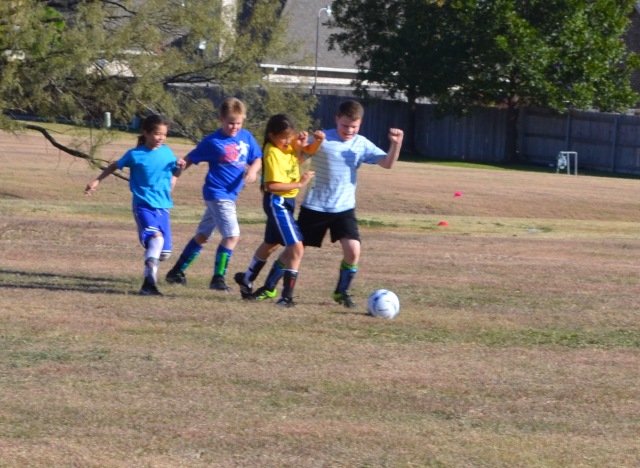 He played his heart out, but his team lost by one point. It was a bummer, but he did his best and that’s what matters! He stopped two goals as goalie, so at least they didn’t win by three!

Lauren’s game was the hardest of all to photograph because I don’t have a zoom lens. Sorry if some are blurry. She did a great job as goalie!

She stopped a goal!

She got to do some running too…I forget her position in this photo.

She blocked another goal! In total, she stopped five balls! She loves this game a lot. Her team lost by just a few points. Again, it could have been worse if she hadn’t done her best at the net.

On the last day, the kids got participation medals and certificates. 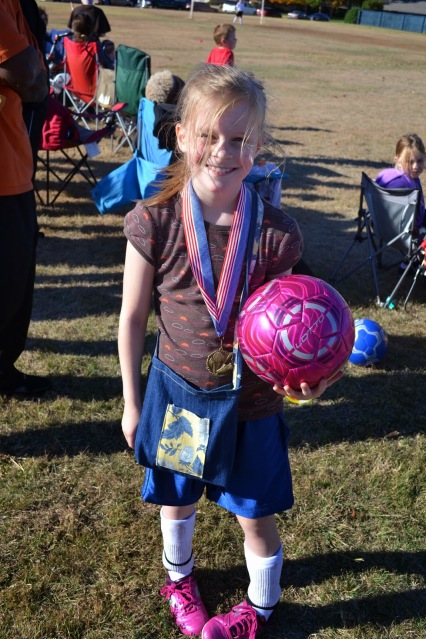 Here’s Leslie with her medal.

Laci got a medal and some candy (it was Halloween!).

Mitch got the prize for saying all of his scripture memory verses as well as a medal. 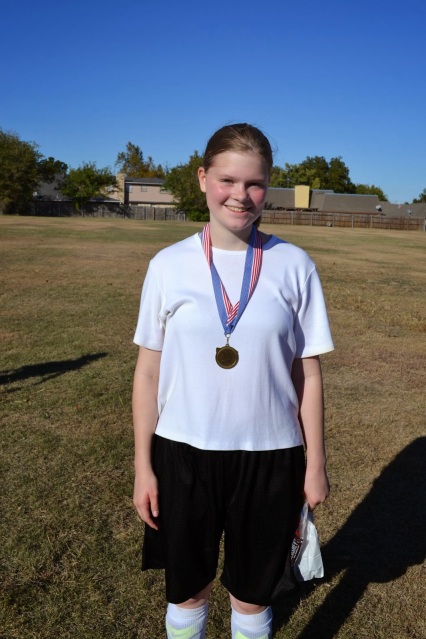 Lauren got a medal and tied for the prize for saying her verses. They had to do a drawing to find a winner, but she wasn’t chosen. However, putting God’s Word in your heart is reward enough.
We are so thankful for the opportunity to serve the Lord in Lawton, Oklahoma. The Lord has been so good to us – to think, we aren’t even sure how they came to know about us to contact us a year ago regarding this ministry! But, that’s a story for another time. 🙂 The homeschool group here as afforded us many wonderful opportunities, like soccer.

Thanks for reading! See you soon…I hope. 🙂