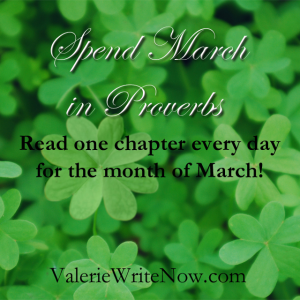 He that goeth about as a talebearer revealeth secrets: therefore meddle not with him that flattereth with his lips. ~ Proverbs 20:19

This verse reminded me of the popular book, How to Win Friends and Influence People. It seems to be directions on the complete opposite!

The talebearer is a dangerous person. It is heartbreaking to learn that someone has shared your confidential information with someone else. Even worse is to be the one who shared that information! The talebearer goes from place to place, gathering information that he or she can use to their advantage. I suppose the wise thing to do is keep secrets secret. If no one else should know, then tell no one. And once you’ve learned someone is a talebearer, it’s best to avoid them until they have repented of their behavior.

This verse also mentions the one who uses flattery. Flattery is defined as ” excessive and insincere praise, especially that given to further one’s own interests.” I have known such a person. I remember after singing in church one Sunday, a person came to me and complimented the song. I am grateful when the Lord uses a song to encourage someone, and I kindly thanked this person for sharing the blessing they received. But then, they kept going. . . and going. On and on and on. I was embarrassed and I soon realized that this person wasn’t blessed at all, but was just using flattery for some purpose or another. I never did find out what they were really after, but I did figure out that God had given me a living example of flattery. We do well to avoid those who continually seek to praise us.  Watch them carefully, for nine times out of ten, they are not what they seem to be.

Have you ever been tempted to use flattery to gain favor? Nothing makes me feel worse than thinking about the times I’ve tried to manipulate others for personal gain. I don’t think I’ve done this in recent years, but I am sorry to say that I have done it. I would like to deal honestly with others and flattery is not honest. Of course, I want to give sincere praise to others, but the key word is “sincere”. I don’t want to mar my testimony with this ever again!

Beware of becoming a talebearer or flatterer.  It’s a sure way to lose friends and alienate people.

2 thoughts on “Proverbs 20: How to Lose Friends and Alienate People”