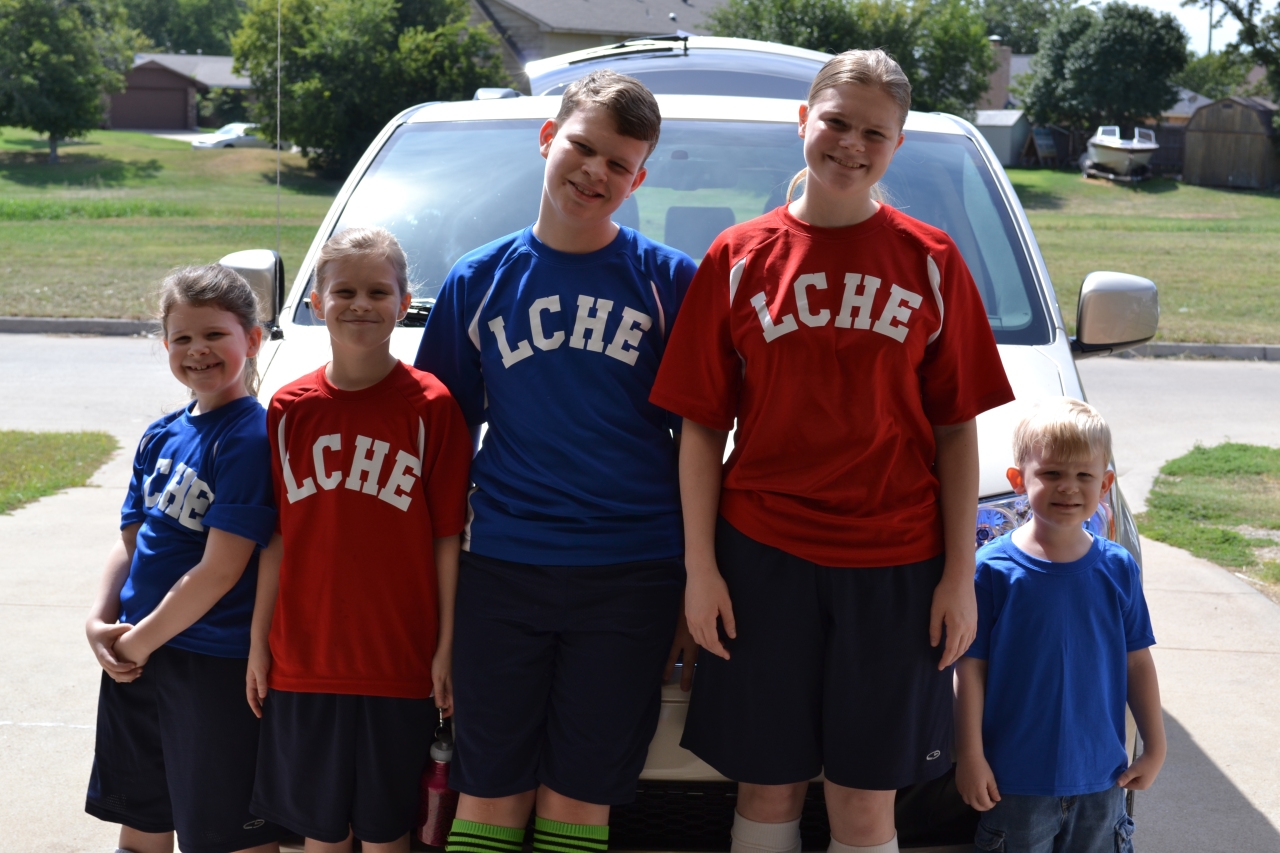 We just completed our third season of soccer with our homeschool group. It was a great year. Each of the kids enjoyed practicing and seeing friends. Terry got to coach the U10 group this season, and he absolutely loved it!

I loved getting to watch and cheer.

This year, our homeschool group was able to get jerseys for soccer! Matt’s age group is still too small for jerseys, but he’ll be there soon enough. We had more blue than red in our family this year. 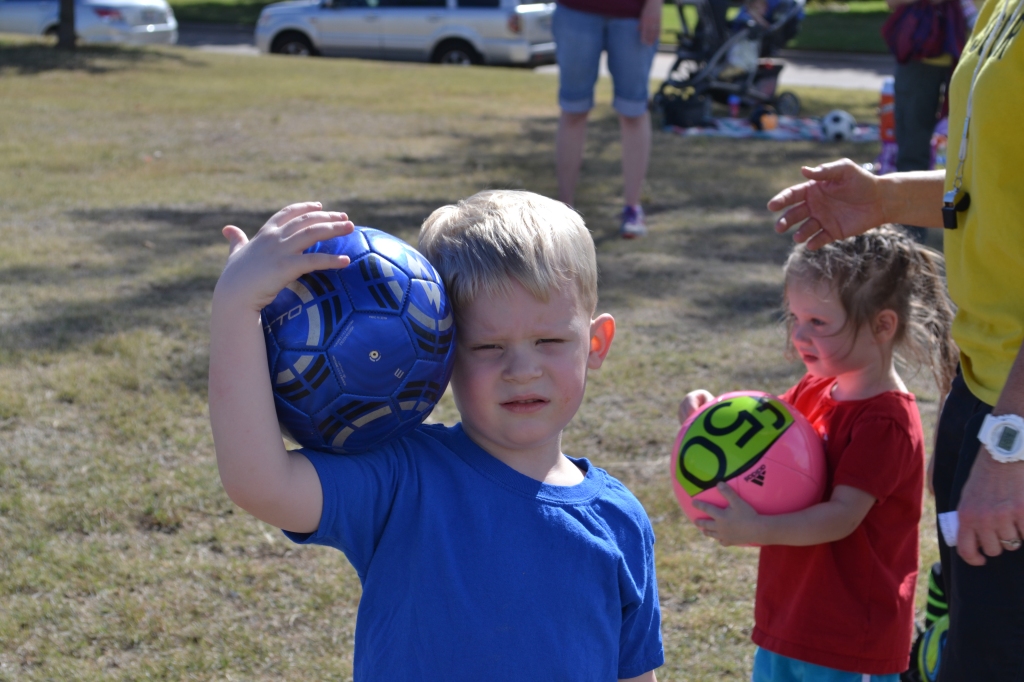 On the day of Matt’s game, he wasn’t feeling well. I think it bothered him that I was there to watch him play and take photos. Anyway, for whatever reason, he didn’t want to play, so this is the only photo I got of him that day. 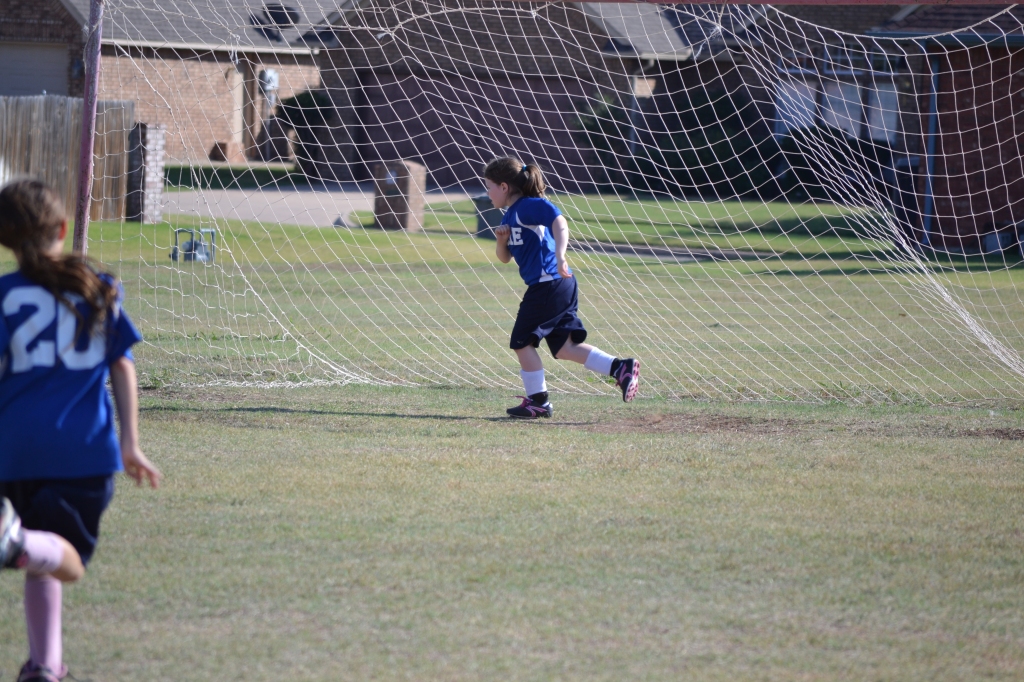 Laci and Leslie were against each other for their big game. It was the same day as Matthew’s game, so he came over and cheered for them. Laci enjoyed being the goalie for part of the game. 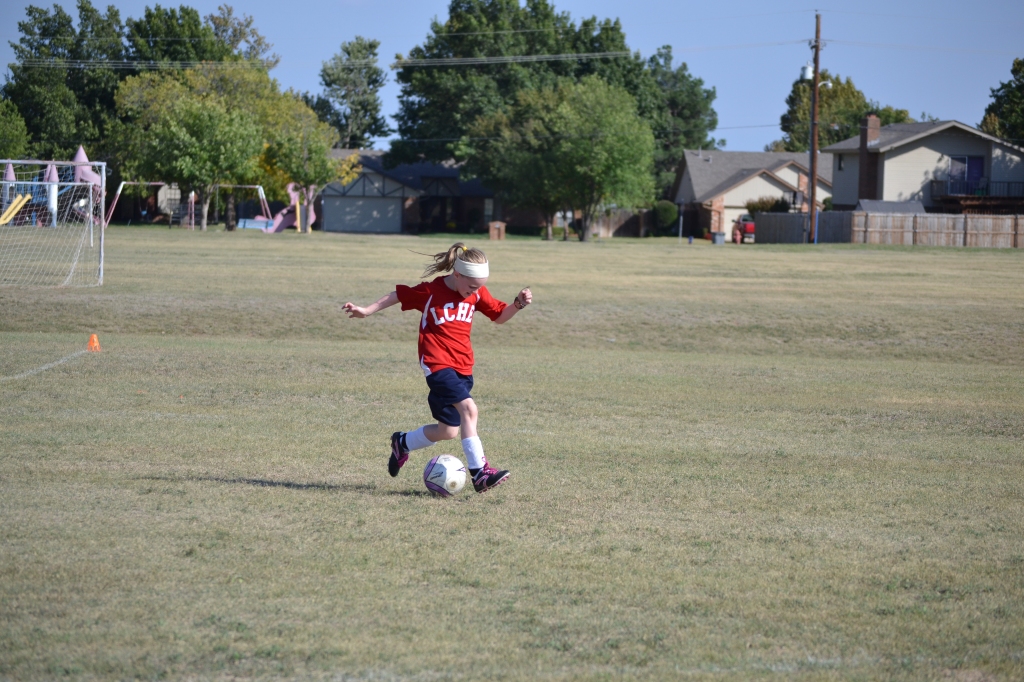 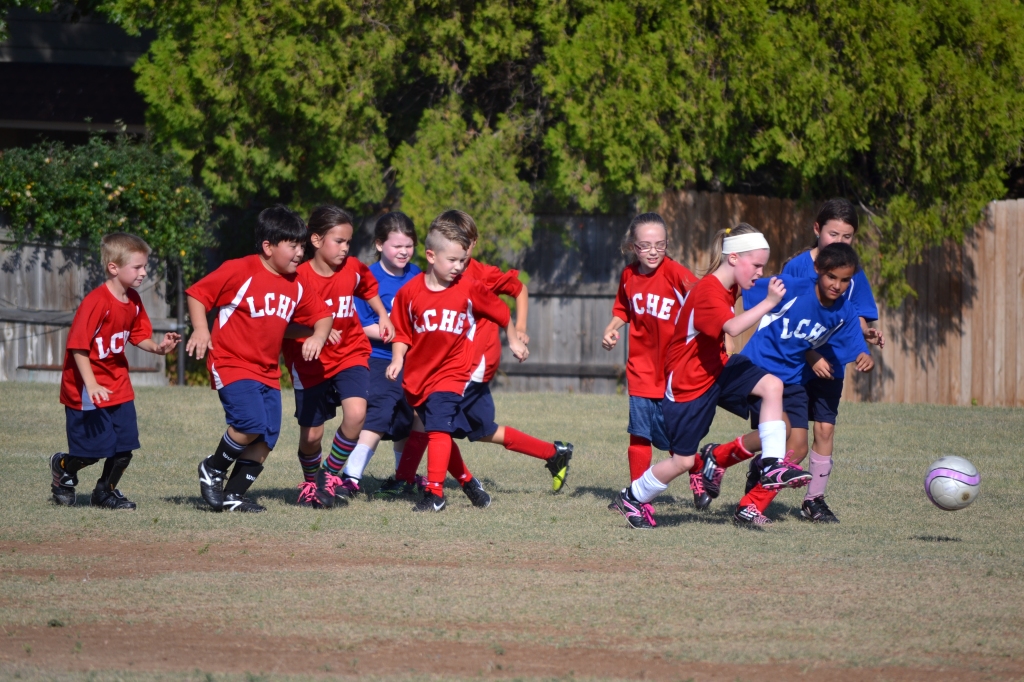 Leslie (in the white headband) is running with determination.

Laci is no slouch on the soccer team, either. She’s wearing an Army USO bandanna for a headband. I love her style. 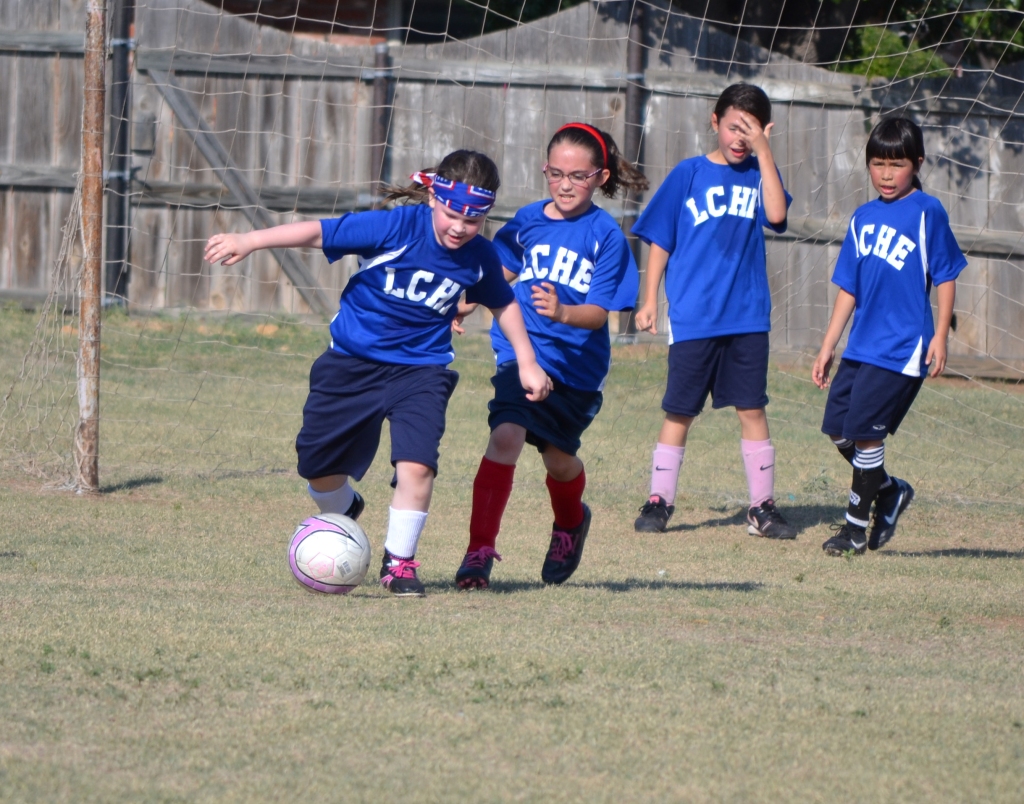 As the “unofficial” U10 photographer, I got to take photos of the whole group. They are sweet kiddos. 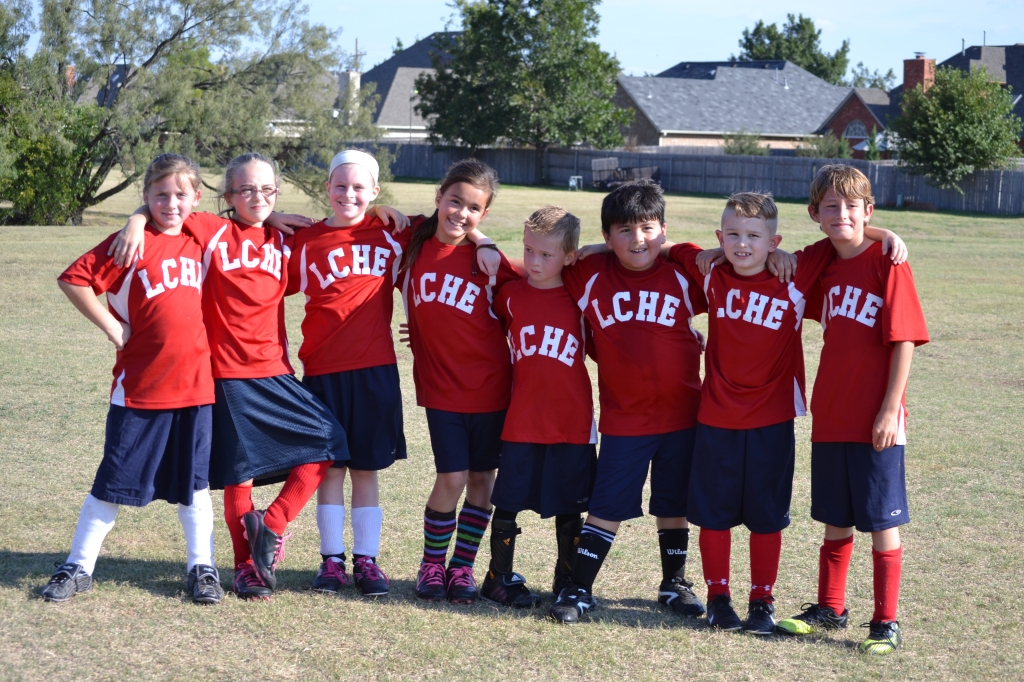 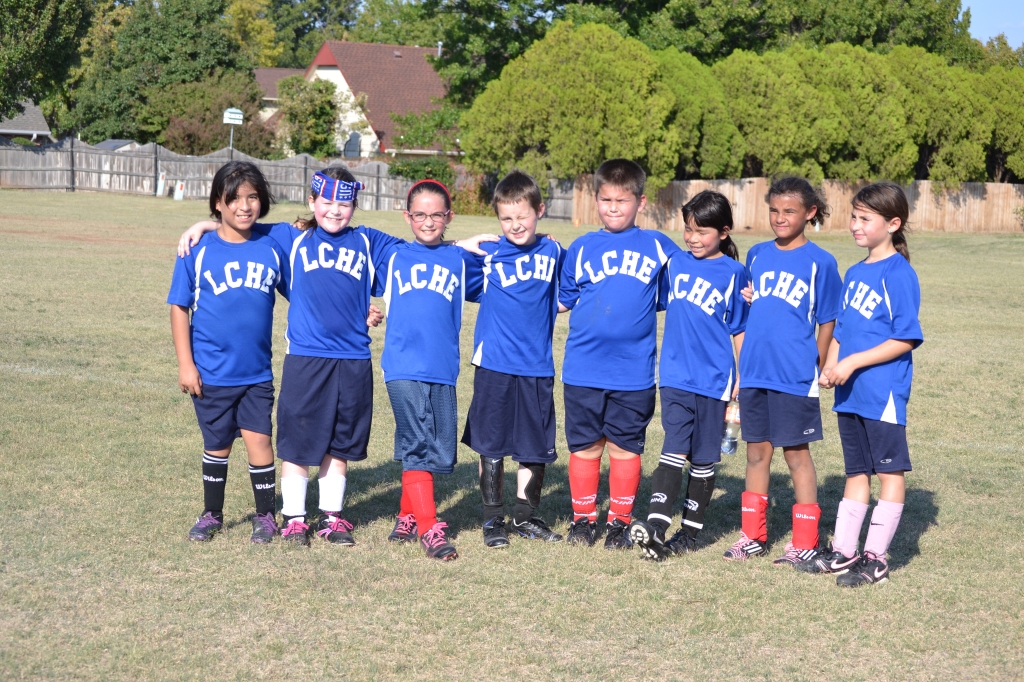 The blue team was defeated by only one point, and that point was scored in the final seconds of the game! Both teams played very well. 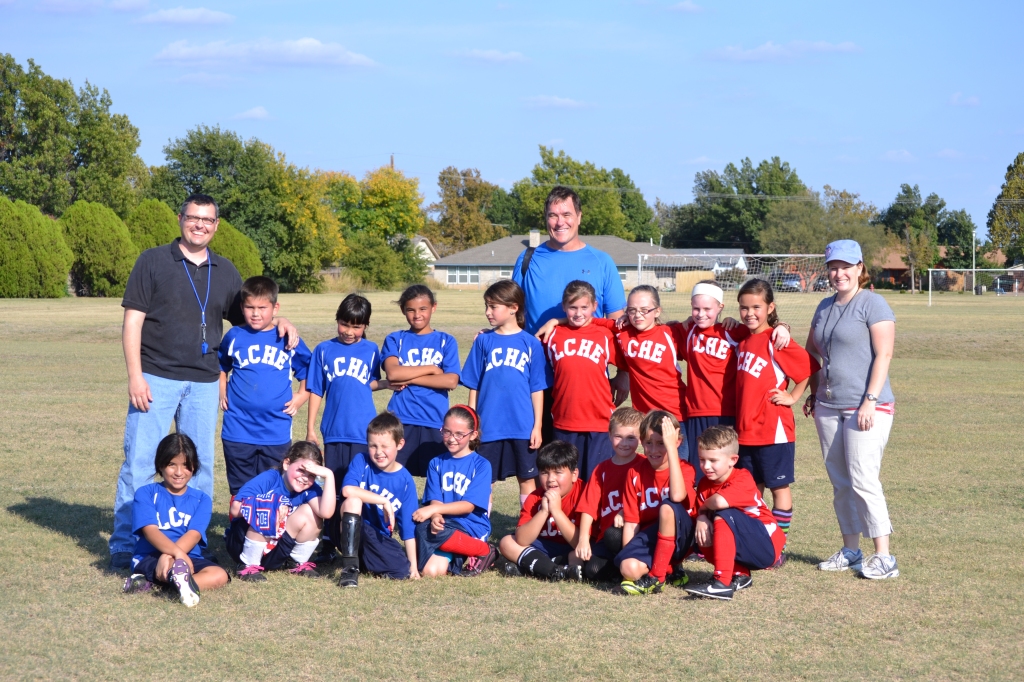 Thank you to our coaches and players for a great fall season of U10 soccer! 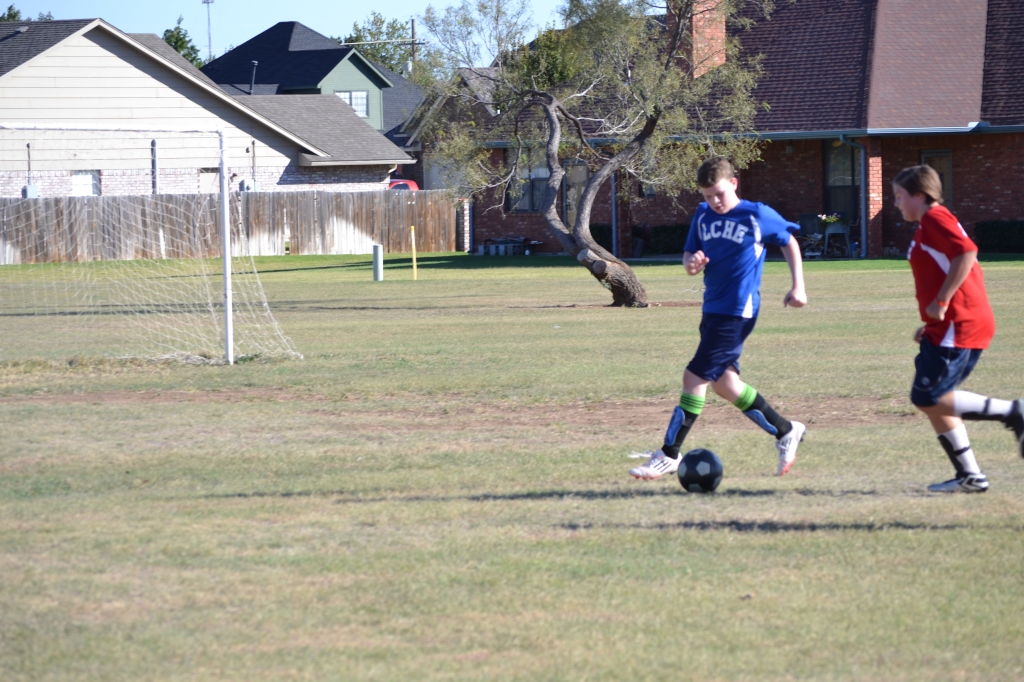 I wasn’t able to be at Mitchell’s big game, but Terry took photos for me and I was there in spirit. Unfortunately, Terry isn’t as “shutter happy” as I am, so there weren’t many photos of his game. From the few photos I have, it looks like he played his heart out. 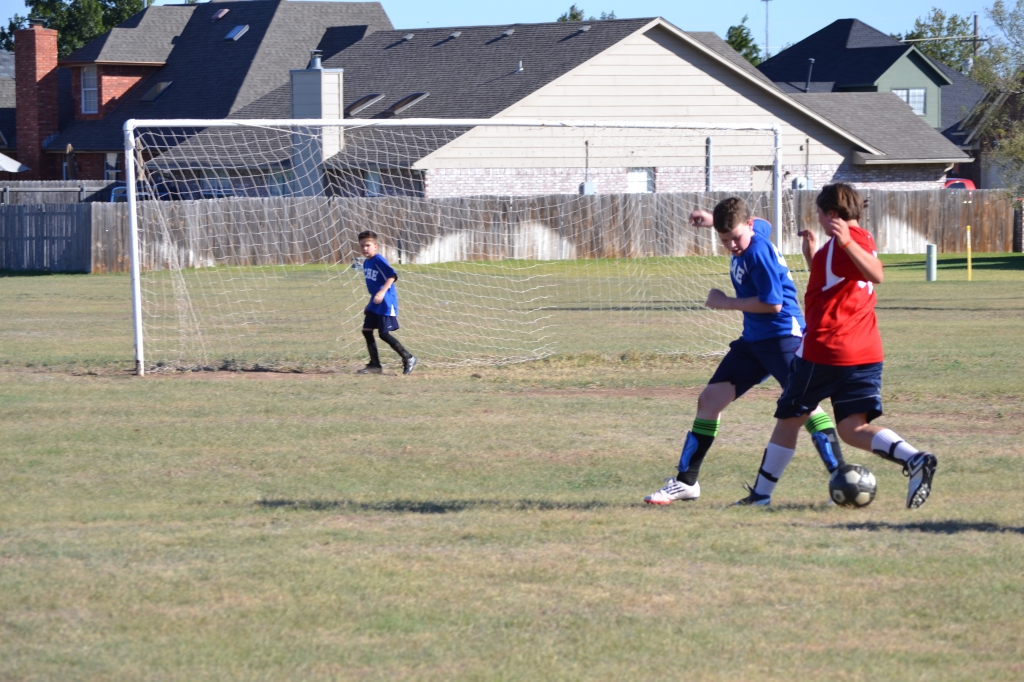 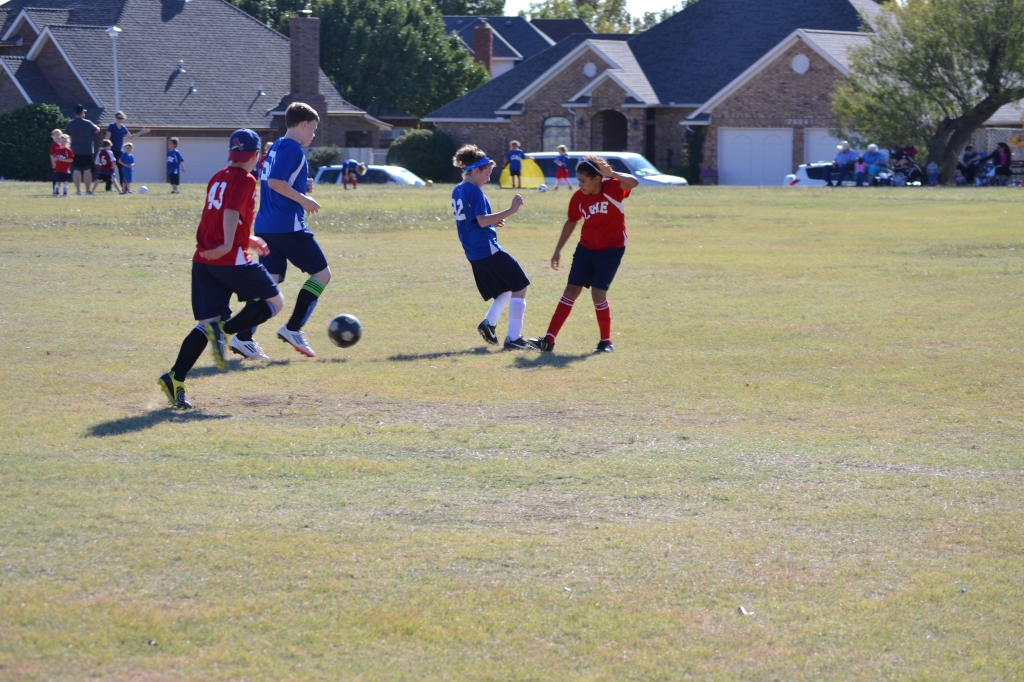 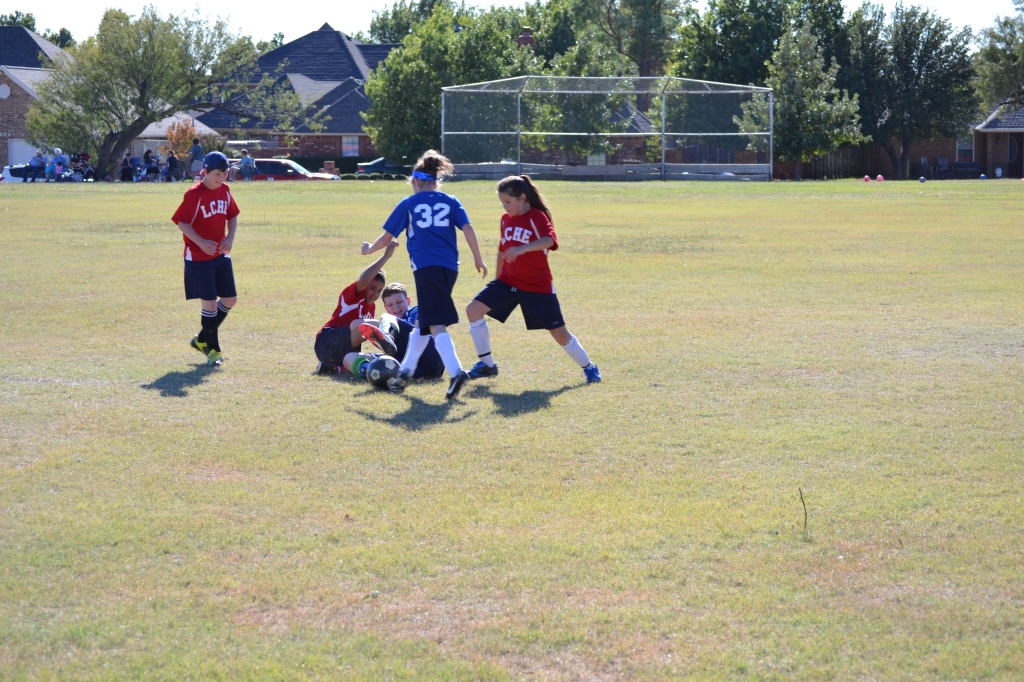 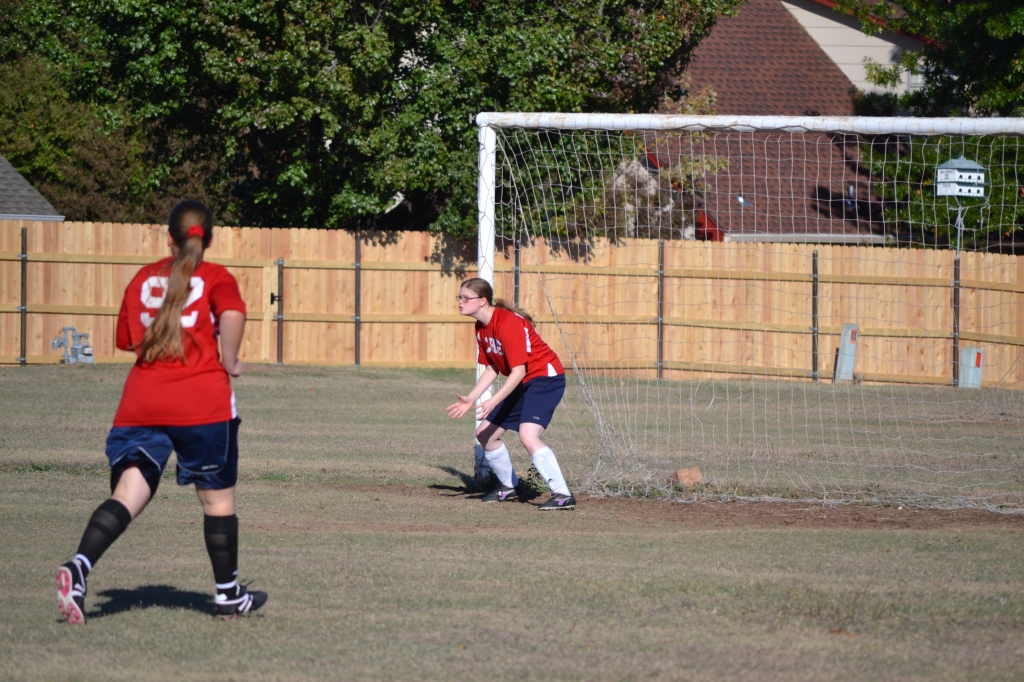 Lauren loves soccer. She is a great goalie. She was ready for the ball in this photo, but she *just* missed it. It was a big disappointment. 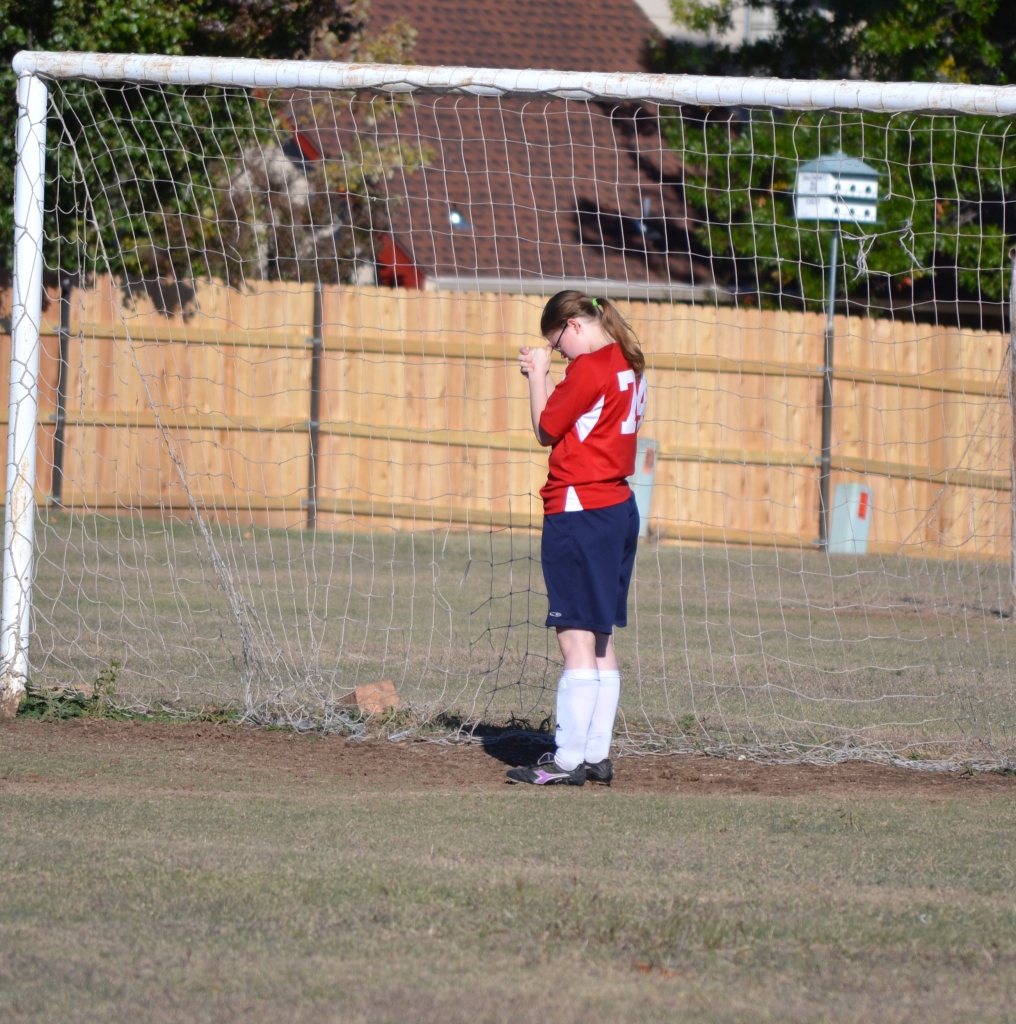 She takes the game very seriously. Here she is despairing over the point the blue team scored. I assured her it’s a team sport; that the ball got past at least two defenders before it got to her. But she’s a perfectionist, which means that she’s hard on herself. 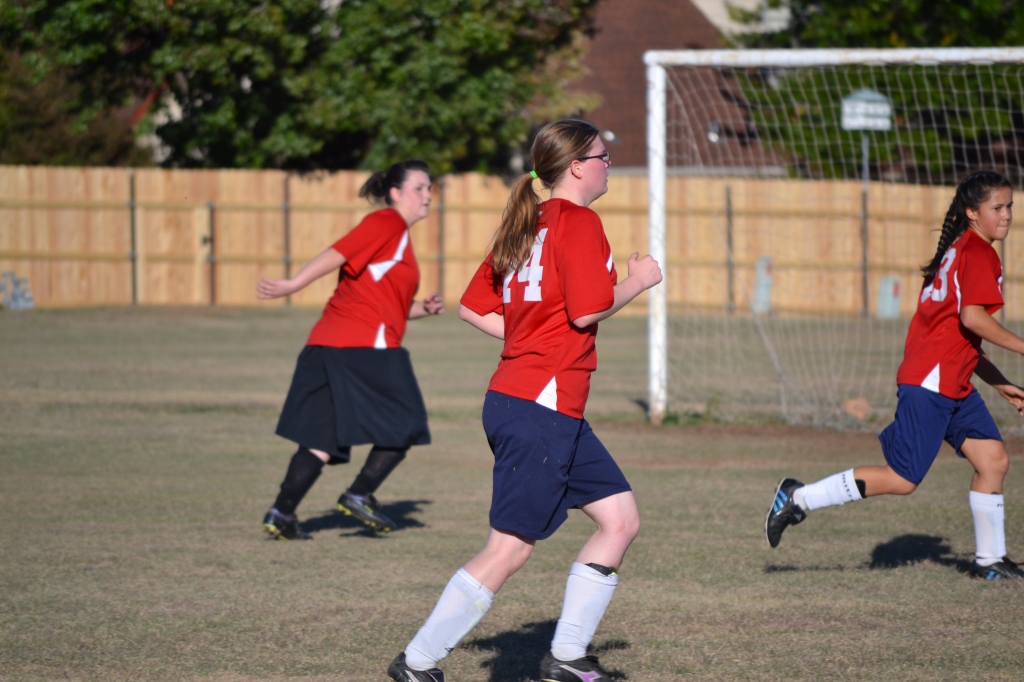 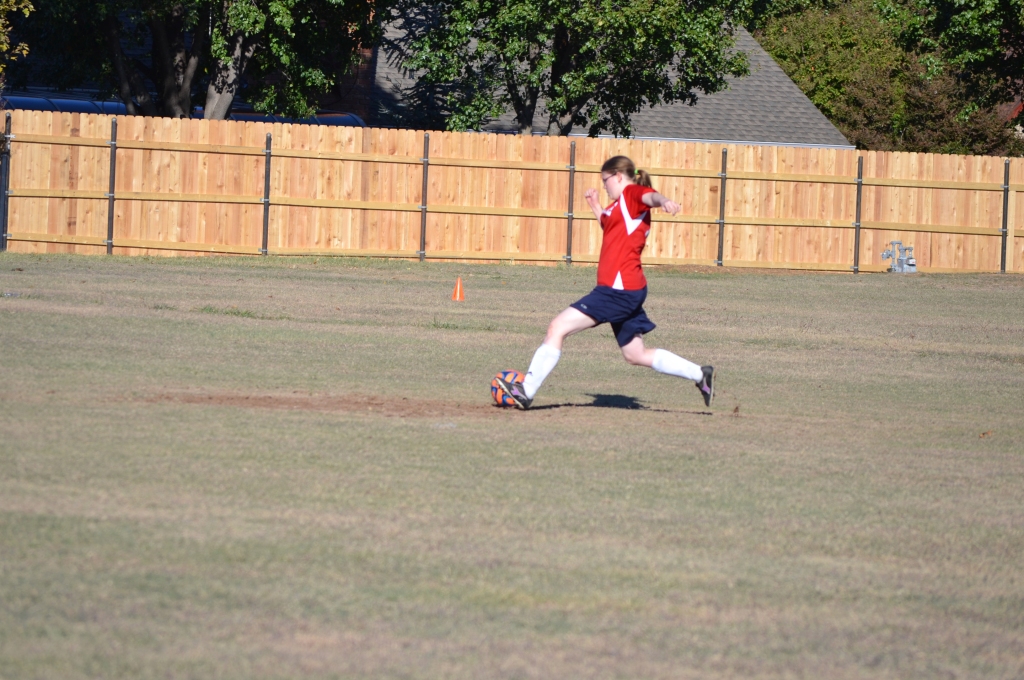 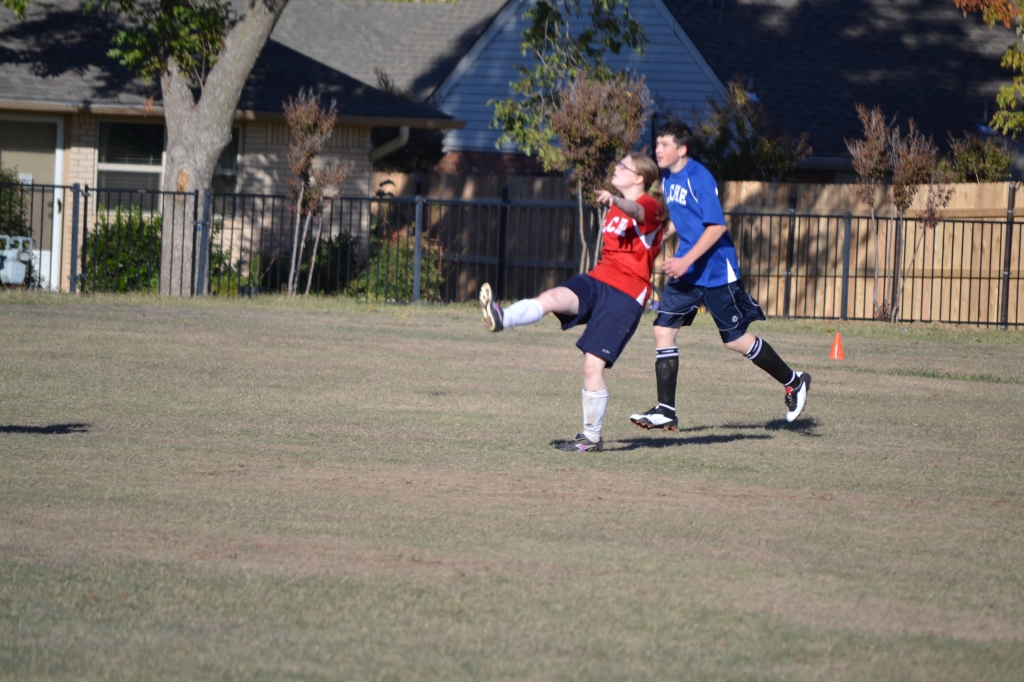 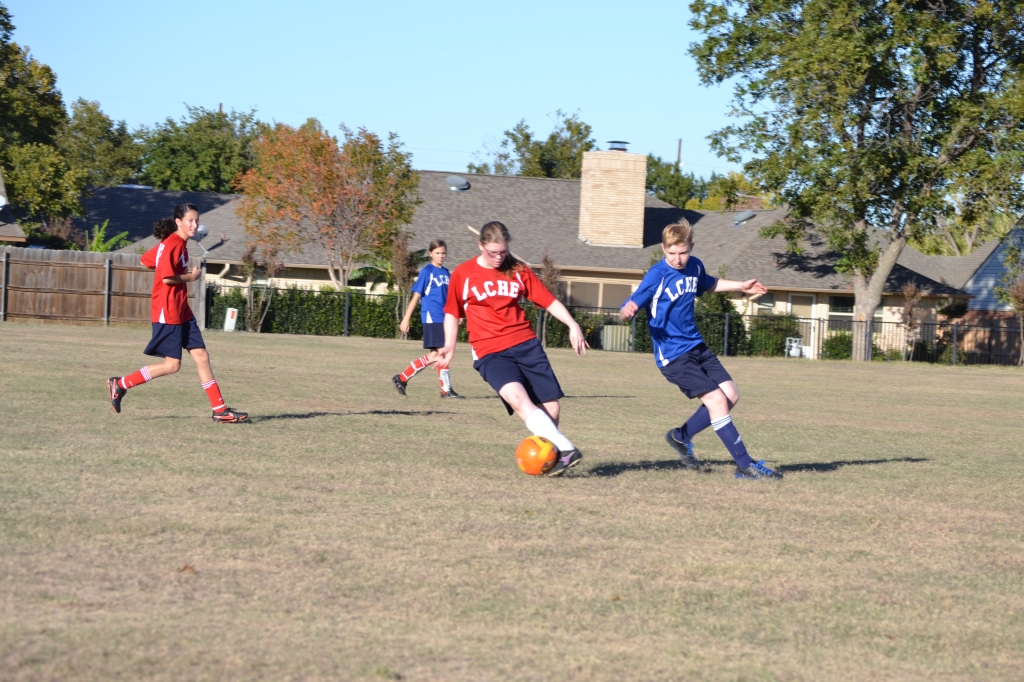 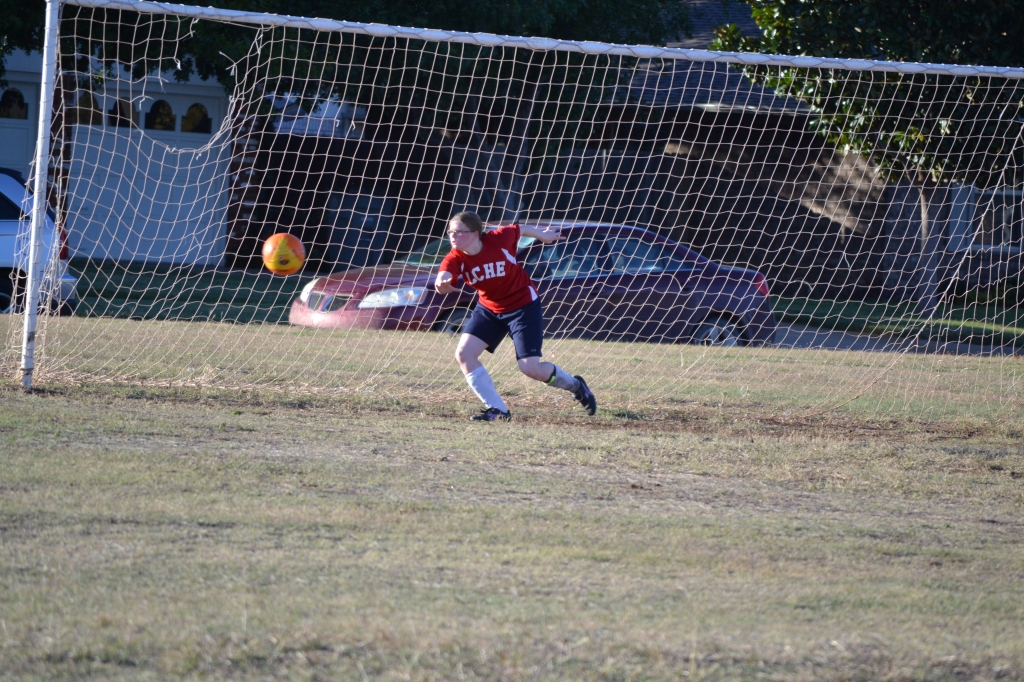 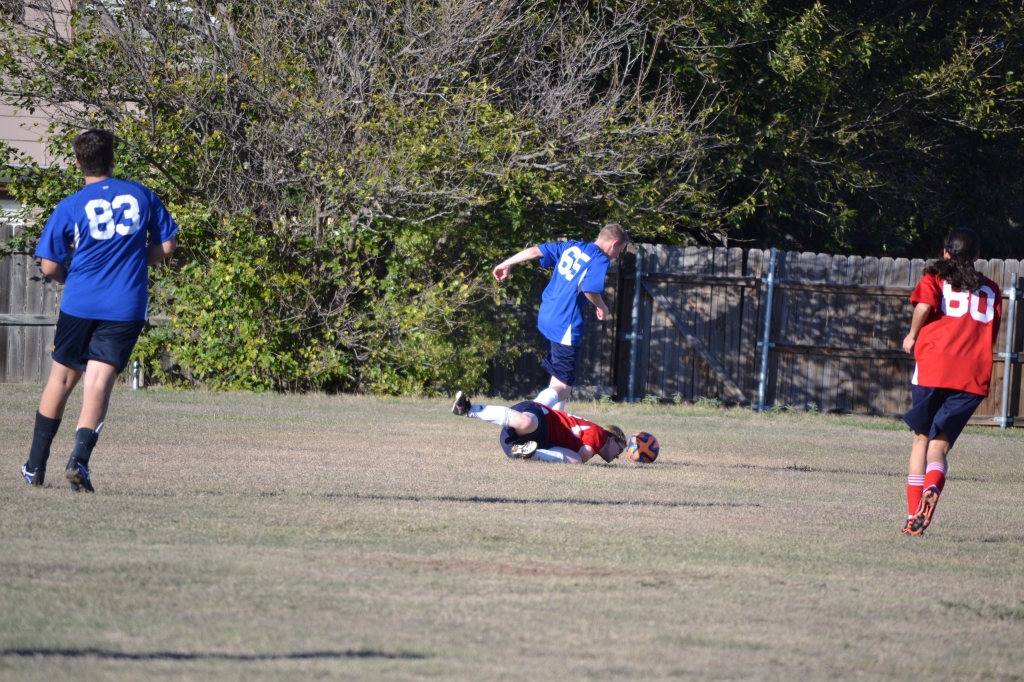 She took several falls like this on game day, but she did’t get hurt. I wasn’t even worried because I know how tough she is. Tough physically, and strong emotionally. She must get those qualities from her dad, because I’m kind of a weakling. She definitely gave the red team all that she had. 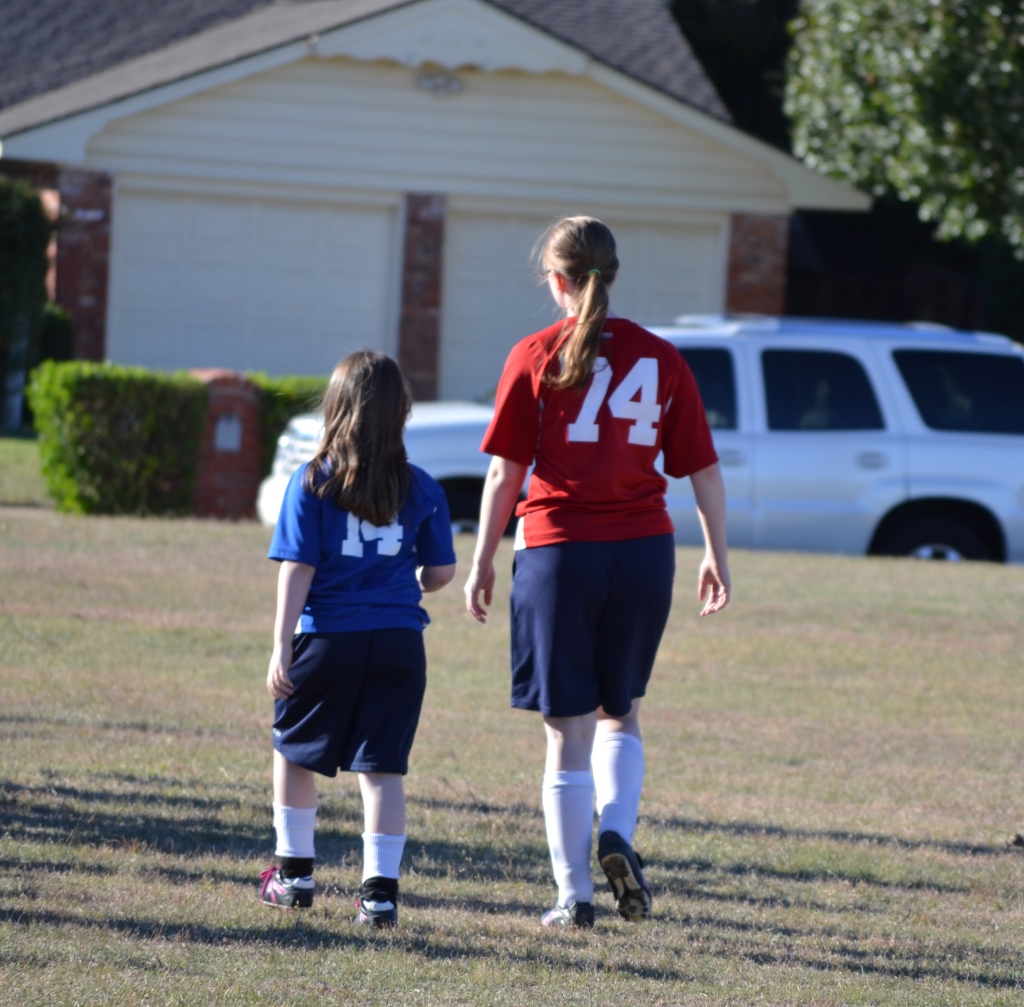 This last photo sums up what I think a family is, or should be. Your family should be there to pick you up when you’re down and cheer for you when you’re up. I hope that’s what our family will always be.