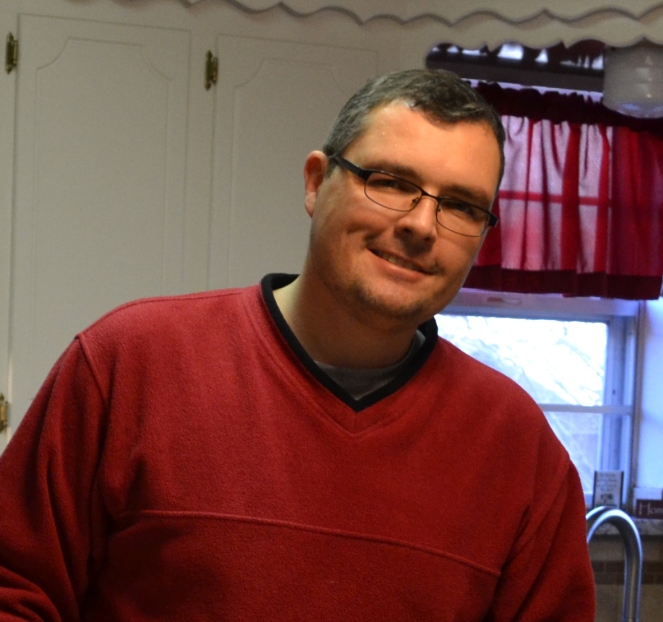 As  I stood at the pulpit, gazing through swollen eyes at my note cards, I glanced over at the pallbearers. There sat my husband in his dark suit coat. His eyes were red and tears streamed down his face. It was the darkest moment of my life, but in that moment God’s grace shone in the form of a man: my husband. I can’t explain what it meant to me to see that he was grieving the loss of my father almost as much as I. I watched him stand in the triple digit heat beneath the tent at the grave site in honor of my dad. He would be there through all the long, lonely nights that followed. He’s there even now, when the pangs of loss hit me at odd times. He doesn’t make jokes or brush me off. He cares. Terry is a gift of grace in my life. His love has made the searing pain of death bearable.

My husband is the most courageous man I know. He’s never boxed, run a 5K or been in the military. But he’s a hero. When a man stood in his face and accused him of purposely “killing our church”, he took it, even though his heart was hurting from the losses more than anyone. When a man shouted out at business meeting that he was a liar, he took it calmly. He stands for God’s Word even when he stands alone.

I am thankful that Terry stays true to God’s Word, and to me. I’m thankful that when I’m at my wit’s end, which is more often than I’d care to admit, he stays around. He is a friend I, or anyone, can always count on. He’s the man you want to have in your corner, on your team or in your canoe. I’m so grateful for my wonderful husband. He is a gift from the Lord, and I am thankful.