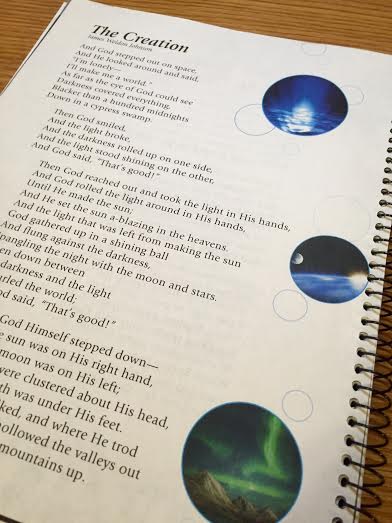 The status on Facebook said something like, “Aced my exam, bills paid, gas in the car, thanks, Big Guy.” I cringe at the words  even now as I see them on the screen. It hurt me to read it all those years ago, and it hurts me still. The girl who wrote it was trying to thank God for her blessings. Her intentions were good, her follow-through was not. “Big Guy” might be what you call your son or nephew, but not the thrice Holy God of the Bible.

Today, however, God’s name and that of His Son, is bandied about as though it were a toy. I see it slung around on all forms of social media. The worst part about it is that I catch myself becoming desensitized to it also. I am trying to become more aware, as much as a mere human being can, at the reverence (or lack thereof) that I show the Lord. I am guilty of laughing at church humor on Twitter and Facebook, and I think that some of it can be laughed at without being disrespectful, yet, there is a time and place for humor, and there is a fine line between the two. I suppose at this point in my life, I’d rather err on the side of being “too serious” (though I’m a long way from that!) rather than being “too flippant”. This media-age is sickening though. People post photos of souls “they” have led to Christ, a person actually “praying the sinner’s prayer” with another, people praying at the altar with captions reading, “Look what God has done!” The problem with all of that is that you don’t really want people to see what God has done, you want us to see your part in what God is doing. You preached the sermon, or you sang the solo, or you invited him to church or “led” that soul to Christ – the emphasis is really on the created, not the Creator. And you know, if the one you invited to church wants to share on social media that you were a blessing to their life, then great! God’s Word says, Let another man praise thee, and not thine own mouth; a stranger, and not thine own lips. – Proverbs 27:2

As I have worked to become more aware of this problem in my life, I was startled several weeks ago at the poem which my daughter was supposed to memorize for her 11th grade English class. It was called “The Creation”. We use a Christian publisher for our homeschooling materials, and 99% of the time, I’m in agreement with the content. That day, however, as I heard her read this three-page poem, I gasped! Here is the part that stunned me:

Then God sat down

On the side of a hill where He could think;

By a deep, wide river He sat down;

With His head in His hands,

Till He thought, “I’ll make me a man!

I realize that there is a certain poetic license that is used freely in literature, but when writing about the Lord of Lords and King of Kings, it is not appropriate to invoke the image of Him in distress. God never sat down, with His head in His hands. He never had to “think and think”. God is not at all like man. God’s Word says man was made in the likeness of God, not that God was made in the likeness of man. He is far, far above what the human mind -even the greatest minds of our day! – could comprehend. I had Lauren skip this poem. It may seem minute, but I used it as a teaching moment. Granted, it’s not much of a lesson in a world replete with disrespect for our Lord, but it’s something. I am trying very hard to maintain a high view of God in my life, and in my home. I want my children to reverence their elders and I definitely want them to reverence the Lord.

2 thoughts on “Maintaining a High View of God at Home”